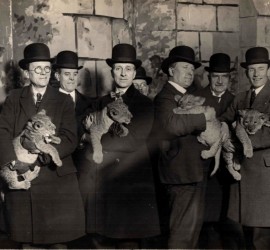 The Forgotten Zoo The most important and interesting births this year 1947 were the four lion cubs born to Singh and Topsy, our two very handsome lions. The cubs were born in September. This gave us a very serious housing problem, and the three cubs born from the same parents in November 1947 had to be removed […]